Mexican customizers and „Harlistas“ have their own style: „Chicano“ does usually refer to the language spoken by Mexican immigrants, but it is also a very distinctive custom-bike style. It is usually defined by sky high ape-hanger handlebars, extremely long exhaust system (for which „mufflers“ would not be the correct term ...) and gleaming paintjobs, often with „Day of the Death“ themes. In Europe, the „Chicano style“ is especially popular in Italy and France, but also gaining interest in other countries and will become bigger in the near future: „Sons of Anarchy“ known MC „The Mayans“ now has its own TV-Series spin-off, running into a 2nd season in 2020. Custom Chrome Europe has many parts in stock to create „Chicano style“ customs and Harley-Davidson Wuerzburg Village adapted many of them for the current 2018 model year „Road King“. Drivability and homologation concerns did ask for a milder version of the classic „Chicano“, but a lot of parts come from California‘s Arlen Ness – who also equipped some of the TV-series custom-bikes. Mixed here with Europeanmade components and technology, this is one trend-setting custom that also is a great riding bike. 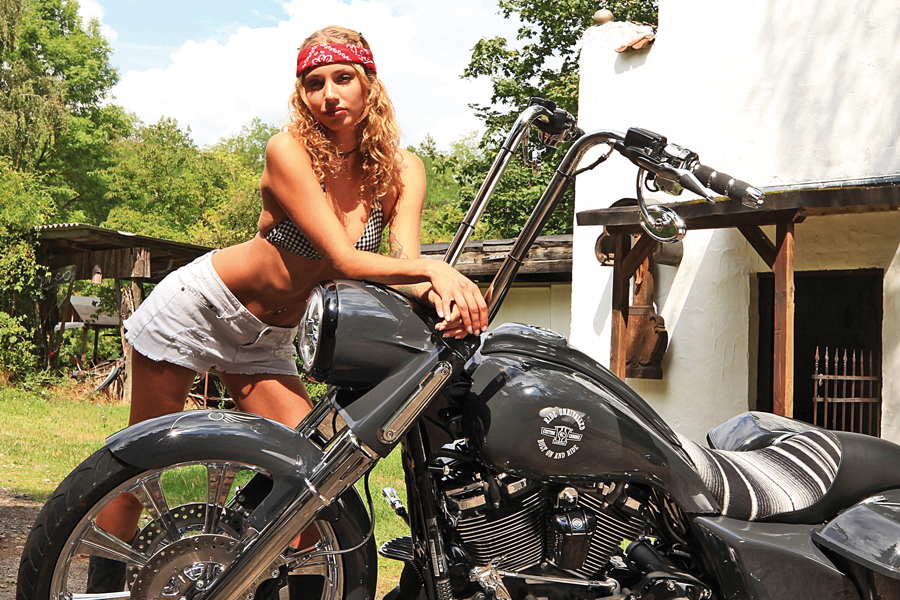 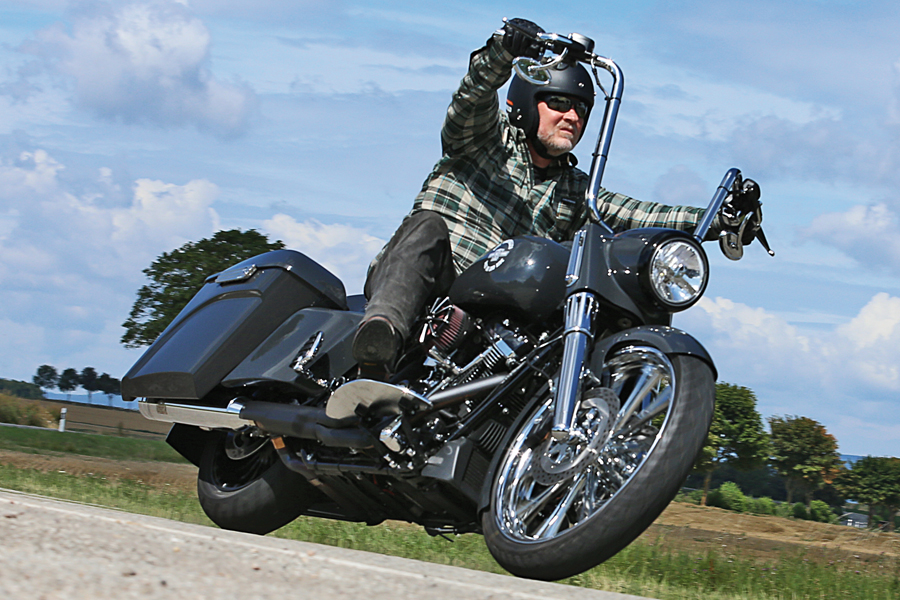 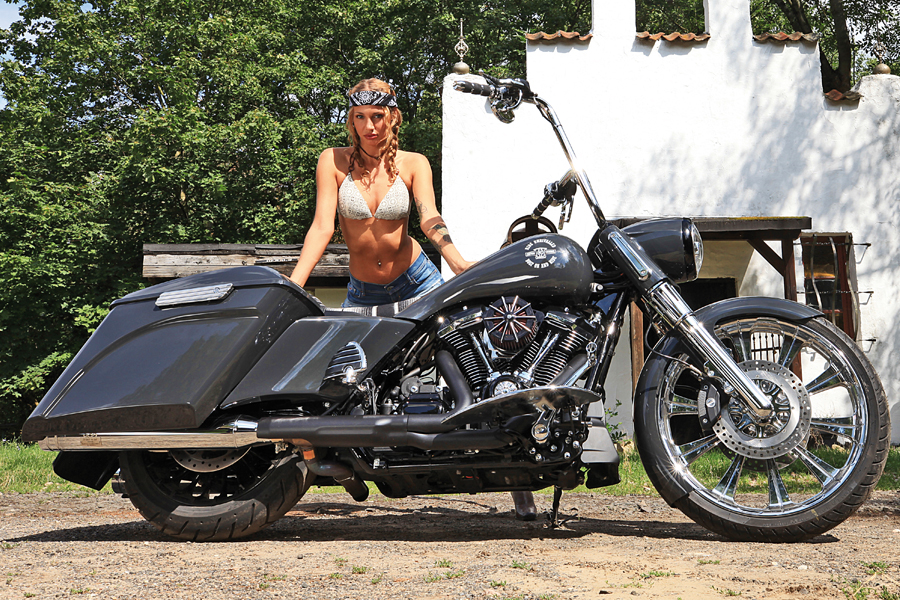 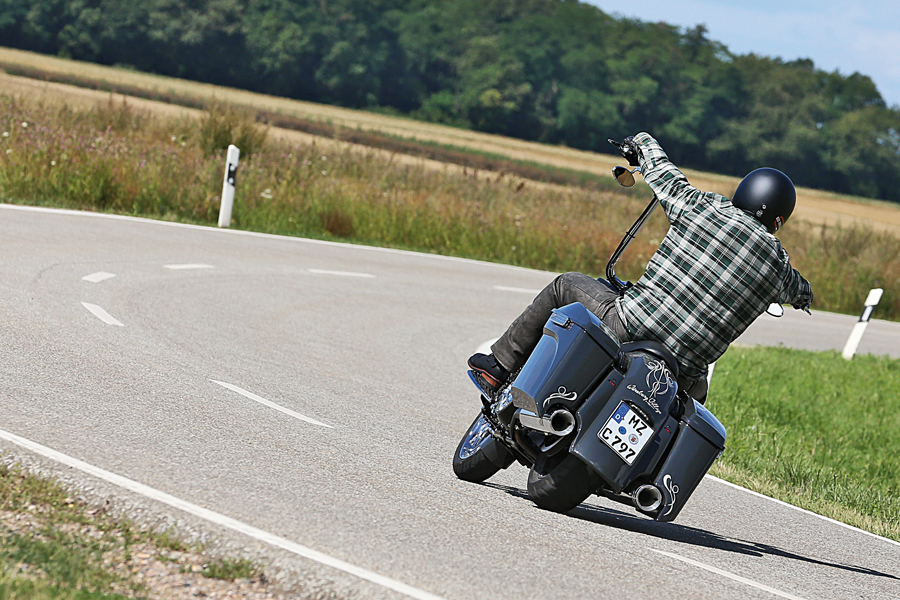 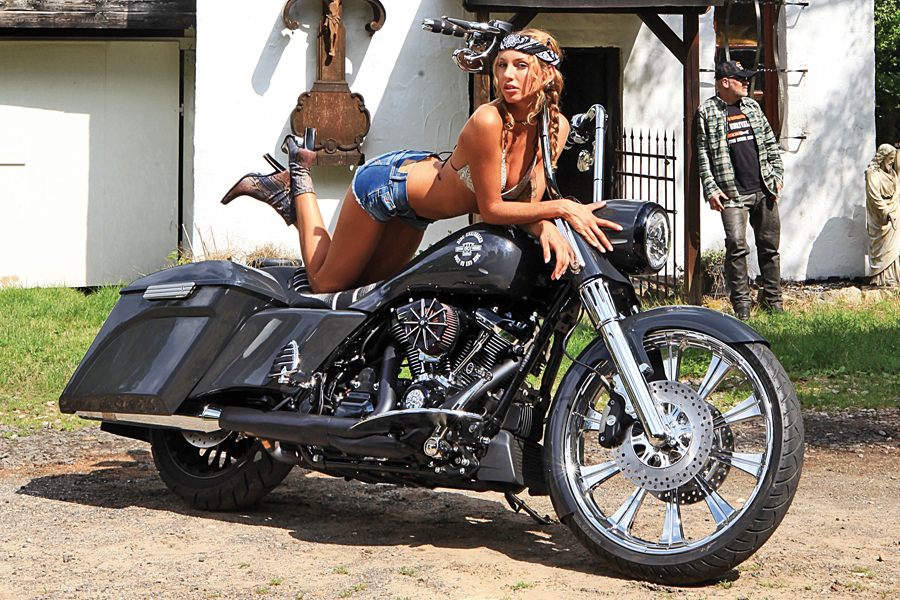 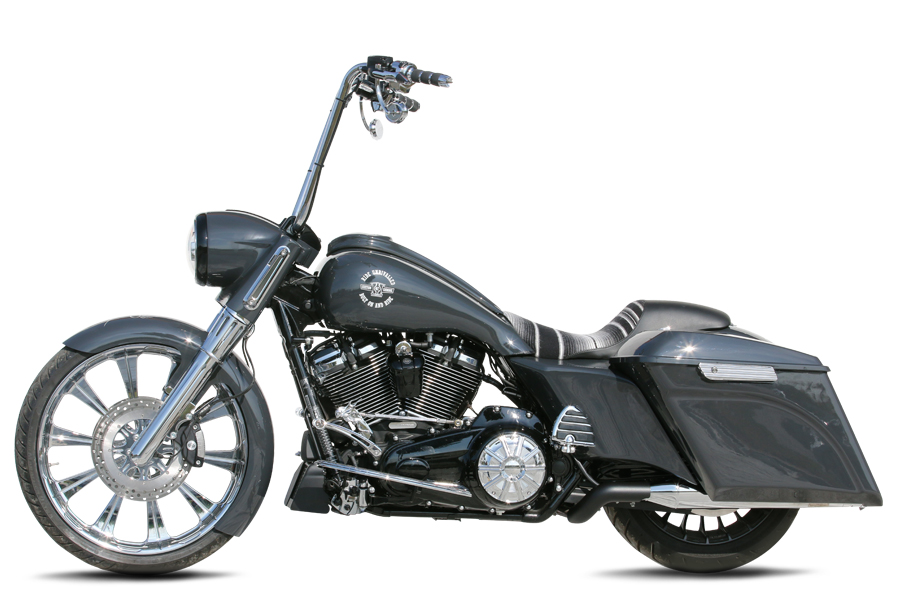 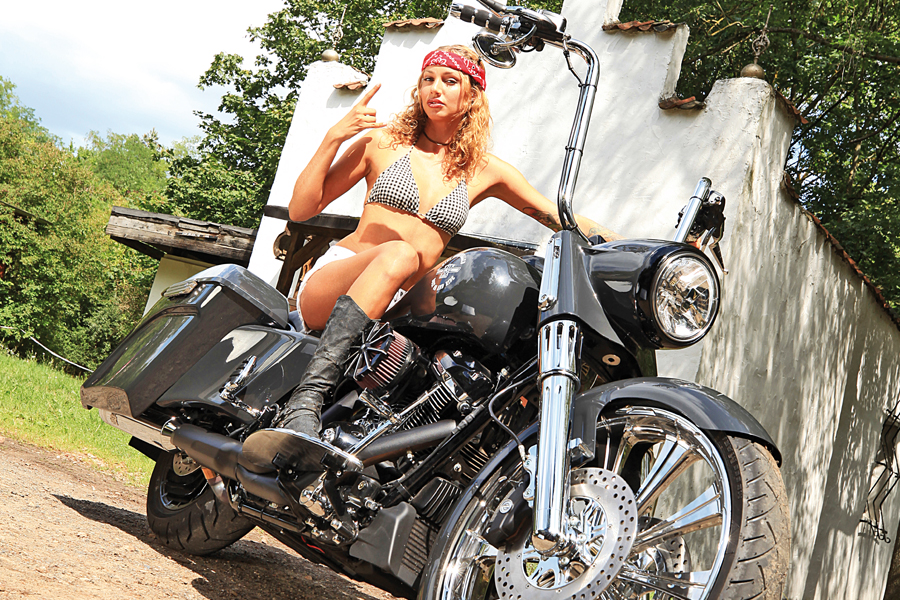 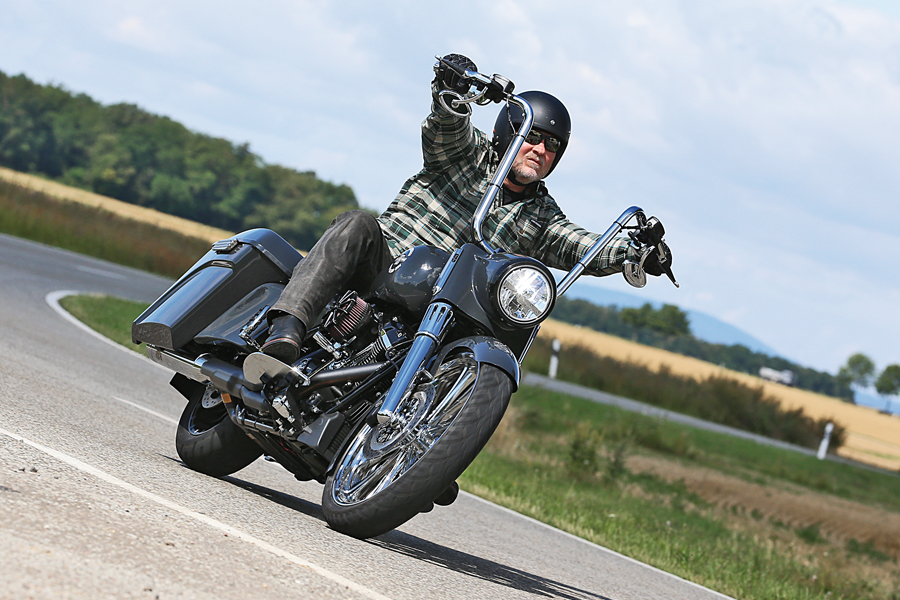